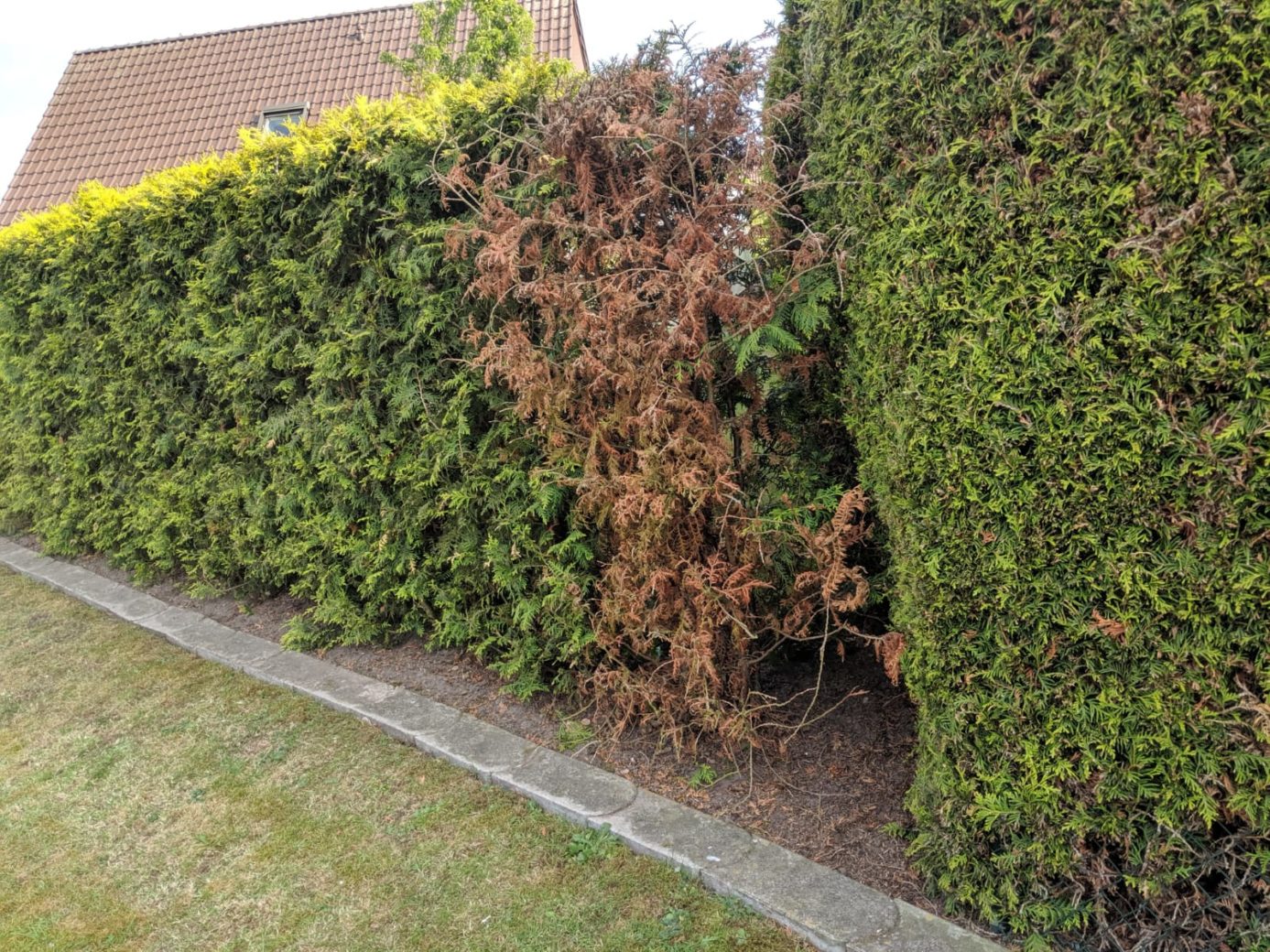 I would like to give two examples of this situation:

A) During the pipe network inspection in an inner-city low-pressure network, the gas pipeline below a pedestrian walkway was inspected. The surface of the pedestrian walkway was paved with paving slabs and the street was on one side of the sidewalk. On the other side of the pavement there were houses with small front gardens. On a larger plot, conifers were planted as a hedge to border the front garden to the walkway. Below the conifers the soil was very dry. The gas meter showed a small reading and the alarm was triggered. At that moment it was immediately noticeable that the green hedge had a dry plant. When measuring the dry sandy area below the dried, brown plant, we received large readings. The reason for the “drying out” and shrinkage of the plant was not a lack of moisture. The natural gas outlet displaced the soil air in the soil below the plant and the roots of the plant could not breathe in a “natural gas atmosphere”.

B) During an inspection of a medium pressure gas pipe network in rural areas, a farm with a very long HDPE connection line was connected to the gas pipe network. The connecting pipe ran over several hundred meters over meadows to the building. The course of the pipeline was approximately known to the operator and the course of the pipeline was checked according to his specifications and the plan. The fact that there was a larger dried up lawn at a distance of about 10 m was a major factor.

This spot was then checked and the gas detector immediately activated the alarm and showed a significant concentration. Because of the change in vegetation, this spot was inspected and the leakage was found.

One should therefore always consider abnormalities in the vegetation and include them as possible damage points in the monitoring and inspection of a gas pipe network. This can be a bad spot in an otherwise green lawn, a dead shrub or a conspicuously poorly growing tree.